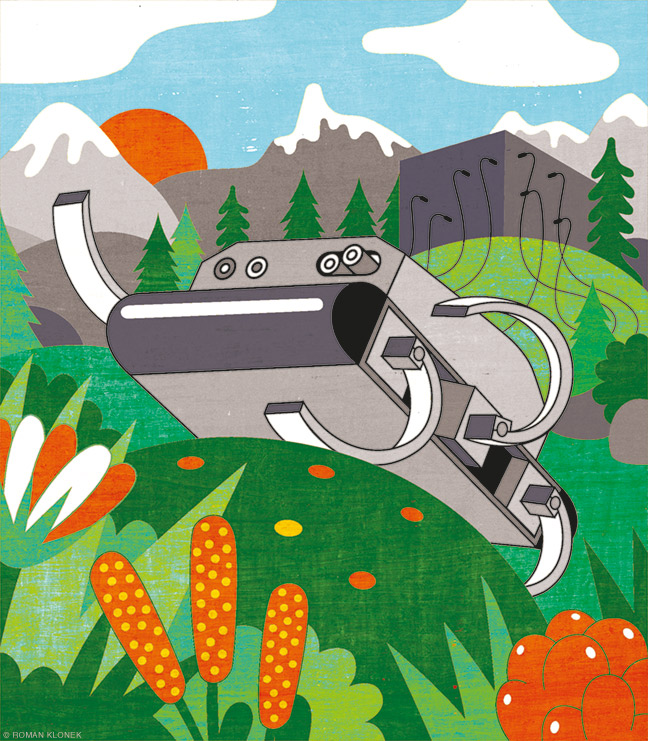 When it comes to Hollywood, robots are often cast as the perfect villains, destined to wreak havoc, turn on their creators, or show up programmed to kill humans. Those depictions are exactly what flashed through Abriana Stewart-Height Gr’24’s mind when a film director came to campus in 2019, asking to use a robot from Penn Engineering’s Kod*lab in his new indie film.

“I don’t want people to be afraid of robots, because there’s so much they can do out in the world to help benefit society,” Stewart-Height says. “I was very nervous about whether this movie would give the robot a negative image and make it the bad guy—and I said straight up that if that was the case, I would not help with the movie.”

But nearly two years later, you can find little X-RHex (pronounced “ex-rex”), a robot from Penn, in the new sci-fi film Lapsis, released on February 25. Bug-like and unthreatening, about the size of a small dog, it high-steps through the forest alongside human actors, unspooling cable wire with a merry mechanical whir.

What you won’t see on screen is the trio of Penn Engineering doctoral students standing nearby: Stewart-Height using a wireless gaming controller to direct X-RHex’s every move; Wei-Hsi Chen Gr’22 wielding a laptop linked to X-RHex’s internal computer; and J. Diego Caporale Gr’22 ready to spring out and grab the robot if one of its six legs snaps (again) or rain starts plopping down on the delicate electronics.

“The X-RHex was the star, truly,” says Noah Hutton, writer and director of Lapsis, “but the students were like the supporting cast.”

Continue reading at The Pennsylvania Gazette.