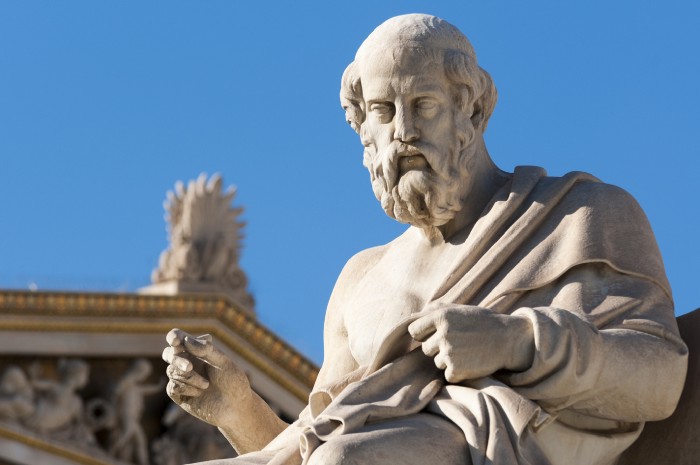 Plato, the Greek philosopher who lived in the 5th century B.C.E., believed that the universe was made of five types of matter: earth, air, fire, water, and cosmos. Each was described with a particular geometry, a platonic shape. For earth, that shape was the cube.

Science has steadily moved beyond Plato’s conjectures, looking instead to the atom as the building block of the universe. Yet Plato seems to have been onto something, researchers have found.

In a new paper in the Proceedings of the National Academy of Sciences, a team from the University of Pennsylvania, Budapest University of Technology and Economics, and University of Debrecen uses math, geology, and physics to demonstrate that the average shape of rocks on Earth is a cube.

“Plato is widely recognized as the first person to develop the concept of an atom, the idea that matter is composed of some indivisible component at the smallest scale,” says Douglas Jerolmack, a geophysicist in Penn’s School of Arts & Sciences’ Department of Earth and Environmental Science and in the School of Engineering and Applied Sciences’ Department of Mechanical Engineering and Applied Mechanics. “But that understanding was only conceptual; nothing about our modern understanding of atoms derives from what Plato told us.

“The interesting thing here is that what we find with rock, or earth, is that there is more than a conceptual lineage back to Plato. It turns out that Plato’s conception about the element earth being made up of cubes is, literally, the statistical average model for real earth. And that is just mind-blowing.”