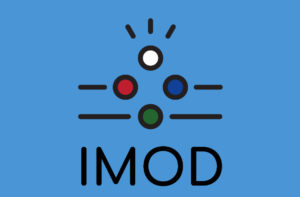 A team of Penn researchers working at the intersection of the chemistry and physics of materials and their integration into semiconductor devices have joined IMOD, the Center for Integration of Modern Optoelectronic Materials on Demand.

Established by the National Science Foundation with a five-year, $25 million Science and Technology Center grant and led by the University of Washington, IMOD represents a collaboration between scientists and engineers at 11 research institutions.

The Center’s research will focus on developing new materials and processes for manufacturing optoelectronic devices. Leveraging the quantum properties of light and their interactions with semiconducting materials, such devices could revolutionize a gamut of technologies, including displays, sensors and computers.

The Penn contingent will be led by Cherie Kagan, Stephen J. Angello Professor in the School of Engineering and Applied Science’s Departments of Electrical and Systems Engineering (ESE) and Materials Science and Engineering (MSE), and includes Lee Bassett, Associate professor in ESE. Also on the team Christopher Murray, the Richard Perry University Professor with appointments in both MSE and Chemistry, and Andrew Rappe, Blanchard Professor of Chemistry in Penn’s School of Arts and Sciences.

“It is exciting to work as part of this dream team,” Kagan says, “to advance our understanding of the synthesis and properties of semiconductor quantum structures and to integrate these materials in devices for next-generation conventional and quantum optoelectronics technologies.”

Kagan is also a co-leader of one of IMOD’s research themes, “Heterointegration & Devices,” which is organized around integration of single and exact assemblies of quantum structures for to realize conventional and quantum devices.

Penn’s Graduate School of Education is one of IMOD’s outreach partners. Through Catalyst @ Penn GSE and its executive director, L. Michael Golden, Penn researchers will host career development events, lab visits and educational programs aimed at first-generation and underrepresented minority students in the Philadelphia area. They will also collaborate on IMOD’s national outreach initiatives, which include curriculum development programs aligned with the Next Generation Science Standards.