The recipients of the annual Penn Engineering teaching and advising awards are selected directly by Penn Engineering students after thoughtful consideration. The School is filled with gifted educators who inspire students with their dedication and excellence. 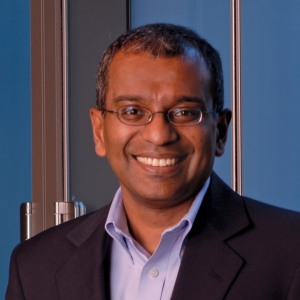 Santosh Venkatesh, Professor in Electrical and Systems Engineering, has been awarded the S. Reid Warren, Jr., Award, which is presented annually by the undergraduate student body and the Engineering Alumni Society in recognition of outstanding service in stimulating and guiding the intellectual and professional development of undergraduate students.

One student remarked, “His classes were the best educational experiences I had in my academic career. Without sacrificing any rigor, he taps into his vast historical, literary and mathematical knowledge, bringing probability to life through rich examples and anecdotes that stimulate not only the mathematician and engineer in each of his students, but also the poet, the artist, the political scientist.”

This isn’t the first time Dr. Venkatesh’s teaching efforts have been praised, as he was also awarded the Lindback Award for Distinguished Teaching in 2004.

Learn more about Dr. Venkatesh by visiting his faculty profile. 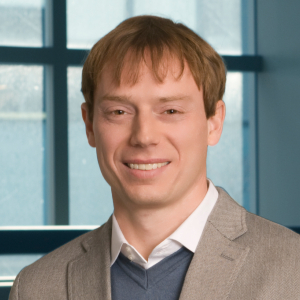 Dr. Bassett received his B.S. in Physics from Pennsylvania State University in 2004. He then went on to earn MASt. and Ph.D. degrees in Mathematics and Physics, respectively, from the University of Cambridge.

“Having [Dr. Bassett] as both my faculty advisor and as a professor, I can say that he genuinely cares about how much his students are faring at school,” one advisee said. “He is both extremely proactive in advising his students and very generous with his time.”

Learn more about Dr. Bassett by visiting his faculty profile.

Arvind Bhusnurmath, Lecturer in Computer and Information Science, has been awarded the Hatfield Award for Excellence in Teaching in the Lecturer and Practice Professor Track. The award recognizes outstanding teaching ability, dedication to innovative undergraduate instruction, and exemplary service to the School in consistently inspiring students in the engineering and scientific profession.

Dr. Bhusnurmath received his M.Tech in Mathematics and Computing in 2002 from the Indian Institute of Technology, Delhi. He then went on to earn a Ph.D. in Computer Science from the University of Pennsylvania.

“During a time when I felt completely inadequate to be in [Dr. Bhusnurmath’s] class, he helped me in such a way where I felt no judgement whatsoever,” one of his students said. “He is committed to helping his students understand the class material.”

Learn more about Dr. Bhusnurmath by visiting his website.