With appointments in the Departments of Bioengineering and Electrical and Systems Engineering, as well as the Department of Physics and Astronomy in Penn Arts & Science, and the Departments of Neuroscience and Psychiatry in Penn Perelman’s School of Medicine, Dani S. Bassett is no stranger to following the thread of an idea, no matter where it might lead. 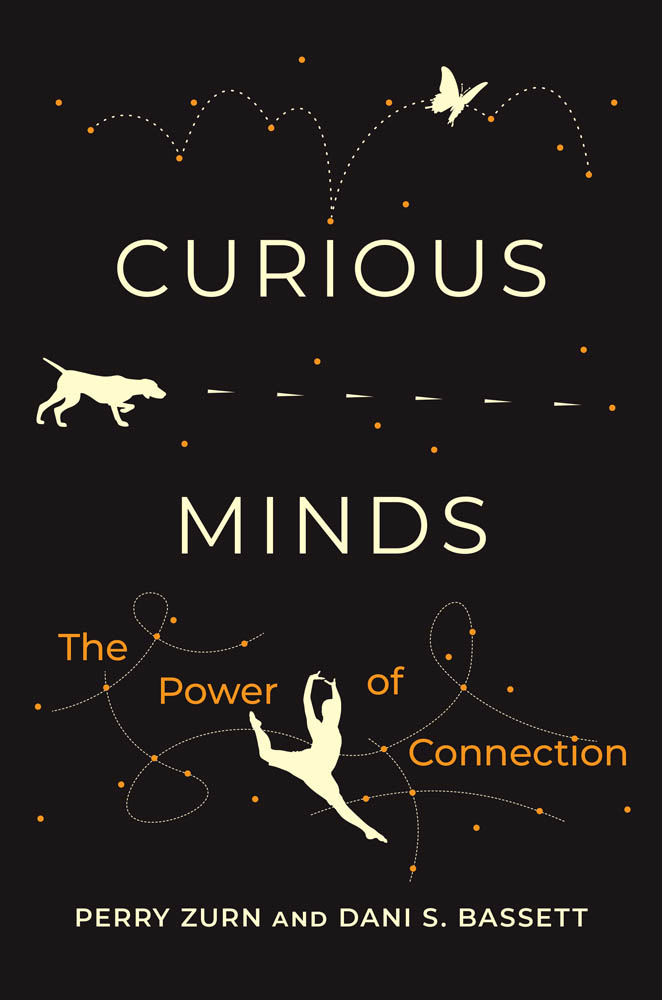 Those wide-ranging fields and disciplines orbit around an appropriate central question: how does the tangle of neurons in our brains wire itself up to learn new things? Bassett, J. Peter Skirkanich Professor and director of the Complex Systems Lab, studies the relationship between the shape of those networks of neurons and the brain’s abilities, especially the way the shape of the network grows and changes with the addition of new knowledge.

To get at the fundamentals of the question of curiosity, Bassett needed to draw on even more disciplines. Fortunately, they didn’t have to look far; Bassett’s identical twin is Perry Zurn, a professor of philosophy at American University, and the two have investigated the many different ways a person can exhibit curiosity.

Bassett and Zurn have now published a new book on the subject. In Curious Minds: The Power of Connection, the twins draw on their previous research, as well as an expansive network of ideas from philosophy, history, education and art.

In an interview with The Guardian, Bassett explains how these threads wove together:

“It wasn’t clear at the beginning of our careers that we would even ever have a chance to write a book together because our areas were so wildly different,” Bassett says – but then, as postgraduates, Zurn was studying the philosophy of curiosity while Bassett was working on the neuroscience of learning. “And so that’s when we started talking. That talking led to seven years of doing research together,” Bassett says. “This book is a culmination of that.”

How exactly do philosophy and neuroscience complement each other? It all starts with the book’s first, and most deceptively simple question: what is curiosity? “Several investigators in science have underscored that perhaps the field isn’t even ready to define curiosity and how it’s different from other cognitive processes,” says Bassett. The ambiguity in the neuroscience literature motivated Bassett to turn to philosophy, “where there are really rich historical definitions and styles and subtypes that we can then put back into neuroscience and ask: ‘Can we see these in the brain?’”

Curious Minds: The Power of Connection is available now. Read Amelia Tait’s review “Are you a busybody, a hunter or a dancer? A new book about curiosity reveals all,” in The Guardian.